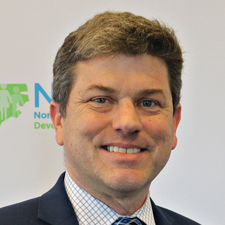 NOW is our time to advocate, educate, and share our stories.  I am talking to each of you.

This is the time to tell our state leaders about the Direct Support Professional (DSP) workforce shortage and the waiting list.  I realize that I have made this plea before, but this is our moment!

The North Carolina General Assembly has its Long Session starting this month.  The Long Session happens every two years.  It is when the most important decisions are made.

Do you know your state Representative and Senator?  Have you shared your story?  If you are on the waiting list or experiencing the DSP workforce shortage, now is the time to reach out to your Representative and Senator with your story.  It is also important to thank legislators for their work in the last session to increase Innovations Waivers and DSP rates.  You can find the contact information for your legislators here.

You are also invited to join NCCDD for our monthly Policy Education meetings the second Thursday of the month at 10:30. We want you to be part of the conversation on the critical issues impacting our community.

You are also invited to join our Self-Advocate Discussion Series each third Wednesday of the month at 1:00 pm.

This is our time!  Let’s advocate and educate together because North Carolina must meet the unmet needs of our community.

P.S.  I hope you will check out the recent edition of the Binnacle.  It is a publication by and about people with intellectual and other developmental disabilities (I/DD) in North Carolina.  It is published and edited by NCCDD Council Members Aldea LaParr and Nessie Siler.  It is extraordinary.

The Long Session begins in January. One of the primary tasks of the session is to pass a two-year budget for July 2023-June 2025.

Review of Budget Process – The budget process has already begun. Below are main steps in the process:

2)    The Governor receives the departments’ proposed budgets, reviews and edits proposals, finalizes a state budget and submits to the General Assembly in January or February.

3)    First chamber of legislature – this year the House – creates, prepares and passes a proposed budget. The budget is sent to the other chamber (Senate).

4)    The Second Chamber (Senate) can either concur/agree with the budget and vote to enact OR more commonly create a substitute budget bill and pass it back to the first chamber (House).

There is rarely agreement between the House and Senate after this process. Typically a Conference Committee will be appointed to resolve the differences between the two budgets.

5) The Conference Committee works to resolve differences, and a Conference Report is eventually adopted by each Chamber and an Appropriations Act is ratified.

6) The ratified Act is sent to the Governor for signature, after which it becomes law.

*Exception: The Governor can veto the Appropriations Act and set into motion a veto override scenario.

NCCDD will be monitoring this budget process and engaging with policy makers about critical needs related to the waitlist such as Innovations Waiver and direct support professional wages.

Plain Language: The NC legislature will start meeting again in January to work on a two-year budget. The budget process includes many steps before it is final. Advocates will be working to make sure the budget includes money for services for people with disabilities.

While there was disappointment that Medicaid Expansion was not passed during this past session, there seems to be an openness from legislators for it to be on the agenda this session. Medicaid Expansion is a priority for the Department of Health and Human Services.

*The Families First Coronavirus Response Act in March 2020 offered states enhanced federal funding for their Medicaid programs. In exchange, states were required to provide continuous coverage to those enrolled. The provisions were tied to the COVID-19 public health emergency (PHE). The new law ends the enhanced funding and continuous coverage requirement starting March 31, 2023. Starting April 1, 2023, North Carolina will have to begin redeterminations for Medicaid enrollees. This makes it even more important that Medicaid Expansion is passed quickly because there will be many people at risk for losing Medicaid eligibility.

The start of the new Tailored Plans, integrated health Medicaid Benefit Plans for people with intellectual and/or developmental disabilities (I/DD), as well as those with significant mental health and substance use disorders, was delayed until April 1, 2023, to give the LME/MCOs more time to develop networks of health care providers for about 150,000 Medicaid enrollees. The LME/MCOs are undergoing readiness reviews to determine if there has been progress on the network development. An announcement from DHHS regarding the timeline for implementation of Tailored Plans is expected in late January or early February.

Plain Language: The new way for managing services and supports for people with disabilities called Tailored Plans is supposed to start April 1, 2023. The state is working to make sure the plans are ready to begin and will let people know if the start date needs to change.

On December 23, 2022, Congress passed a fiscal year 2023 Omnibus Appropriations Bill. This federal spending bill of $1.7 trillion included over $15 billion for special education, a $904 million increase over last year, and it extended Money Follows the Person (MFP) through 2027. MFP is a Medicaid program that helps people with disabilities move from institutional settings to community-based living. Other items include:

Individuals with disabilities receiving Supplemental Security Income and other Social Security benefits are seeing the largest rise in their monthly payments in decades. With the new year, benefits are up 8.7 percent, according to the Social Security Administration. As a result, the maximum federal SSI benefit for this year is $914 per month for individuals and $1,371 for couples, the agency said, though payments can be higher since some states kick in extra. The jump comes as a result of an automatic cost-of-living adjustment, known as COLA.

Notably, however, Congress did not include increasing asset limits for Supplemental Security Income recipients within the new budget. Currently, individual SSI beneficiaries can have no more than $2,000 in assets at any given time under limits that have remained static for decades. Advocates will continue to push for an increase in the asset limits. 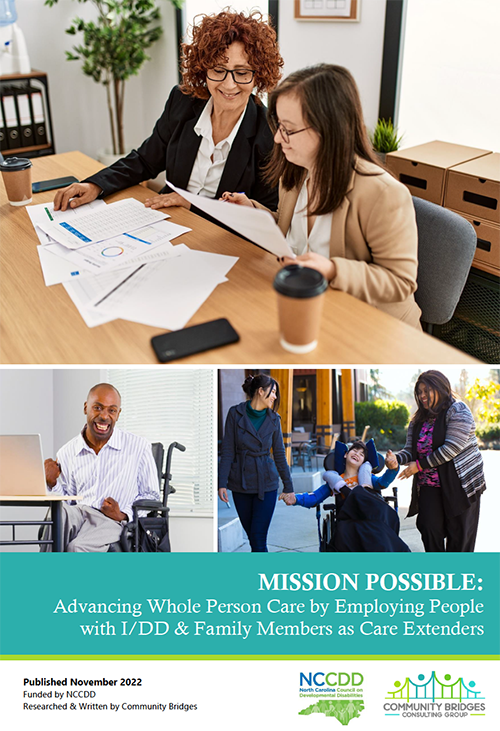 The Care Extender position will be part of the multidisciplinary care team and support care managers in delivering Tailored Care Management by performing activities with members such as coordinating services and appointments, accessing care, and health promotion. This new service definition creates a pivotal opportunity to advance paid, professional family navigation and peer support services in the North Carolina intellectual and other developmental disabilities (I/DD) service system.

The report includes the following:

At the very end of 2022, Governor Roy Cooper made over 75 appointments to state boards and commissions. Included in those appointments were individuals who will serve on the North Carolina Council on Developmental Disabilities, including:

"We are pleased to welcome Bethany, Tocarra and Keith to the Council and look forward to their expertise as we work on initiatives and contracts to achieve the goals of our Five-Year Plan working towards self-determination, independence, productivity and inclusion in all areas of community life for everyone," said Bryan Dooley, Council chair.

The North Carolina Council on Developmental Disabilities works collaboratively, across the State, to assure that people with intellectual and developmental disabilities (I/DD) and their families participate in the design of and have access to needed community services, individualized supports and other forms of assistance.

Spend time with others who have common interests, develop your personal story to be goal and topic oriented, and become part of the NCCDD community through the second year of the North Carolina Council on Developmental Disabilities monthly Self-Advocate Discussion Series. Facilitated by Chris Hendricks, NCCDD Policy Education Coordinator and various NCCDD members, the series is held online the third Thursday of each month starting at 1:00 p.m.

February’s session will discuss Strengthening Self-Advocacy through Relationship-Building. Relationships with other people are one of the most meaningful aspects of life – for better or for worse. That is what we will talk about on February 15 – developing and maintaining healthy relationships, and ending the unhealthy ones.  Join us and share the story about important relationships in your life. You could even share about how you handled ending a relationship that was not good for you. You can register here!

The Self-Advocate Discussion Series aims to prepare, organize and mobilize North Carolina self-advocates for influencing social and systems change. The Council emphasizes the value of people with disabilities building and maintaining relationships with North Carolina legislators and decision-makers while bridging connections and a network among the state’s self-advocates.