Who remembers 1986? Most Americans did not have cellphones. Computers were uncommon in typical households. Russia was still the Soviet Union and there was a wall dividing Berlin. The space shuttle Challenger exploded. Ronald Reagan, Margaret Thatcher, and Mikhail Gorbachev were some of our world leaders. Nelson Mandela was still in prison. For the Star Wars fans, it was three years after Return of the Jedi but another 13 years until the next new Star Wars movie. I graduated from Kindergarten. 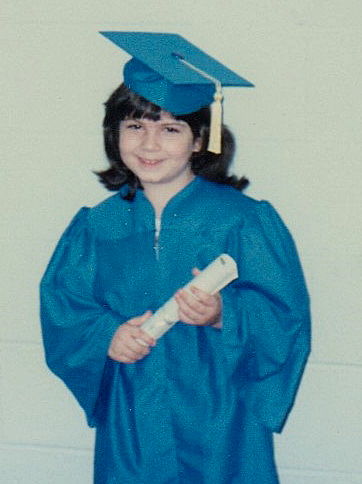 Amanda Bergen at Kindergarten Graduation 1986I cannot tell you what the immediate months leading up to the ADA’s passage looked like at a federal level. What I can tell you is how those months looked while sitting at my family’s kitchen table. My father worked for the U.S. Office of Personnel Management. He was a project manager. Connecting people to meaningful federal employment opportunities was his passion. As a federal employee himself, Dad was always partial to individuals finding solid, long-term careers that involved employment scales and benefits.

To understand my father and his beliefs, I have to explain a few things. He was an early baby boomer. He dropped out of college at the beginning of the Vietnam War and went to work at a military aerospace contractor. His professional career started off in drafting, which was considered a blue-collar profession in the ‘60s. His older brother was a U.S. Navy pilot during Vietnam, and Dad’s motivation for perfection in designing and building fighter aircraft was both professional and personal. Dad saw a lot of his friends and classmates join the military too. Over time, some joined more voluntarily than others.

American society is more aware now of the long-term physical and mental consequences of military combat. Some of Dad’s friends were killed in Vietnam. Some of his friends returned changed. Some of his friends physically returned from Vietnam, but their mental state was forever altered. Now we use terms like traumatic brain injury (TBI), post-traumatic stress disorder (PTSD), and say ‘death by suicide’ rather than ‘self-inflicted injury.’ But, Dad lived in a world where those terms did not exist yet. What it looked like to me was Dad driving to a deceased friend’s mother’s house on Christmas Eve, knocking on the door, and checking on her; just to say that he remembered her.

What could be done about a generation of military servicemen and servicewomen returning home with visible and invisible disabilities? Around the end of Vietnam, Dad left aerospace for good and went back to college. He earned his Bachelor’s and Master’s degrees in Management with a specialization in Information Systems. He forecasted that technology would fill the skill and ability gap between individuals living with and without disabilities.

“There have been some bad things coming through the mail. I don’t want you checking the mail.” Dad said one night. I argued. I was in third grade and could do anything; thankyouverymuch.

“I don’t know that anything will come. But, you cannot open any package, especially if there is no return address. I am a federal employee. We are putting emergency plans in place at work too. You are my baby girl, and I cannot have anything happen to you.” Dad retorted. My arguments were useless.

I asked about the emergency plans. Dad gave me a few details. “If we have to evacuate the federal building, we may not be able to evacuate every stairwell. There are plans. The elevators will be shut down. I volunteered to help a co-worker who is in a wheelchair.”

“How?” I asked. I knew my father was superman. 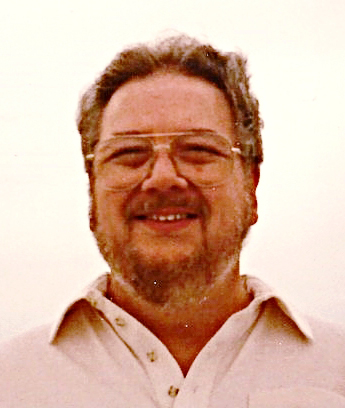 “I will carry him on my back down our designated stairwell.”

“What about the men who work on the eighth floor at the snack bar? They’re blind. What about them?” I was not scared when I asked the question. I wanted to make sure that everyone was remembered. Dad could only carry one person on his back.

“They will follow the plan. They can still go down the stairs.” Dad assured me. I could see that he was trying to think of anyone else in his office building that could accidentally be forgotten. I am glad that Dad was there to remember to think about others.

Years later, I was reminded of this evacuation plan story. The Richard B. Russell federal building was featured in some of The Walking Dead’s season 1 scenes. I involuntarily kept looking at the eighth floor and wondering if the fictional people had been safely evacuated. I am probably one of the few who would even think about fictional federal workers with disabilities being evacuated during an imaginary zombie apocalypse. Even the Center for Disease Control's (CDC) official zombie preparedness page does not plans for those living with disabilities. Who includes people living with disabilities in emergency planning? The North Carolina Council on Developmental Disabilities (NCCDD) and North Carolina Emergency Management (NCEM) through the <https://www.nccdd.org/emergency-preparedness.html>Emergency Preparedness initiative.

The Americans with Disabilities Act (ADA) helps to protect and defend people that I think about; but, it is a population that maybe not everyone else does think about on a regular basis. It’s easy when you’re in good health to imagine that everyone else is also living in the same world and in the same good health. It is different to live in a world that is not always designed for your specific accessibility needs.

Remembering the ADA anniversary each July is more than a typical legal milestone. The ADA embodies generations of work and advocacy efforts. Celebrating the ADA is our very American way of saying, “Hi! Your fellow Americans see you. Yes, we are all people protected by the same laws. We remember the journey. We remember you.”

Thank you for reading and remembering.