The NC ADA Network supports grassroots groups, led by people with disabilities, to conduct projects that promote voluntary compliance with the Americans with Disabilities Act (ADA) in their local communities. The Fiscal Intermediary provides timely, accurate reimbursement for the funding of Network Affiliate Group ADA initiatives and participant travel/training expenses.

Why is NCCDD funding this initiative? 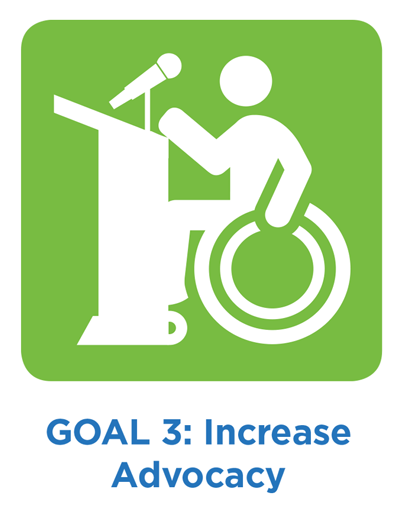 What are the major goals and objectives?

What has taken place since the start of the program? (Activities)

What has been achieved to date?

What long-term changes are expected as a result of this initiative?

Multiple local community projects across the State have addressed accessibility and transportation, how can I get involved?

Read about North Carolina's Celebration of the 30th Anniversary of the ADA in 2020.

Read about North Carolina's Celebration of the 29th Anniversary of the ADA in 2019.

Read about North Carolina's Celebration of the 28th Anniversary of the ADA in 2018.

Click here to read The ADA Network in North Carolina: A report created in recognition of the 25th Anniversary of the signing of the Americans with Disabilities Act (ADA), May 2015

Americans with Disabilities Act: Starting the Conversation with a Business: A Leader’s Guide: https://www.adasoutheast.org/publications/business-guide/ada-conversation.pdf  This was created by the NC ADA Network in collaboration with the Southeast ADA Center.